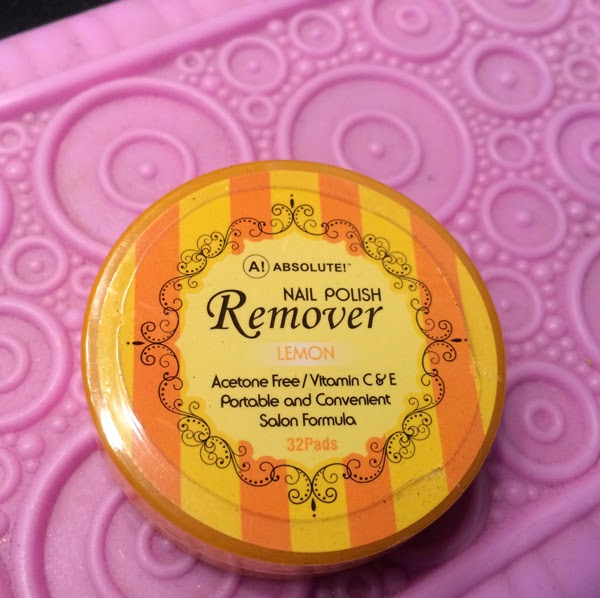 THE SKINNY: What seems like a great idea in the Absolute Nail Polish Remover Pads falls incredibly short of expectations.

The pads are super thin and small -- about half the size of a coaster -- and shredded when rubbed fervently. Yes, I will admit to trying to remove glitter polish.

The most unusual thing about this polish remover is that it was oily. Really oily. My fingers were covered in oil during use. This seems like a good idea as far as protecting and moisturizing, but it really just felt gross.

The remover pads did not make easy work of removing polish either. But oddly enough almost all of the polish on my right hand disappeared as I was working to remove the polish on the left. Nowhere did the instructions say to let the stuff sit on polish for removed, but that did seem to work much better.

The pads also claim that one is enough to remove the color from all 10 nails. NO WAY! It will take a minimum of one remover pad per finger.

It's also worth noting that while these are supposed to be lemon-scented, there was really no fragrance to speak of. But at $2.99, it might be worth a try.

KEEP OR TOSS: I'll pop them in a travel bag for just in case, but that's about it.

-- Tested by Carrie
Posted by Unknown