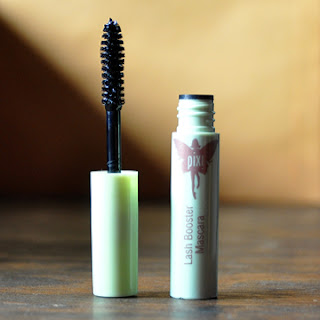 THE SKINNY: This is easily the worst mascara I've tried this year. The biggest problem seems to be with the thickness (or lack thereof) of the mascara itself.

For something called "lash booster," this is extremely thin mascara.

That leads to a whole bunch of issues.

Pixi says this product is supposed to give your lashes a "push-up" effect. I'm not sure how.